A tanker sailed through Arctic sea ice in February for the first time, the latest sign of how quickly the pace of climate change is accelerating in the Earth’s northernmost regions.

The Christophe de Margerie was accompanied by the nuclear-powered 50 Let Pobedy icebreaker as it sailed back to Russia this month after carrying liquified natural gas to China through the Northern Sea Route in January. Both trips broke navigation records.

“I am confident that the Northern Sea Route is competitive, that changes in the ice situation and the improvement of marine technologies create new conditions for its development,” said Yury Trutnev, Russia’s deputy prime minister and a member of the supervisory board at Rosatom, the state-owned nuclear corporation that manages the route.

The experimental voyage happened after a year of extraordinarily warm conditions in the Arctic that have sent shockwaves across the world, from the snowstorm that blanketed Spain in January to the blast of cold air that swept through Canada in mid-February, moving deep into the South as far as Texas.

Russia intends to start year-round transit shipments on the Northern Sea Route already in 2024 and that same year reach at least 80 million tons of shipping volumes on the route. But experiences from this winter show that capricious sea-ice could lead to a wreck of plans.

The Arktika on January 1 arrived in Pevek with a convoy of two cargo vessels. The Inzhener Trubin and Yuri Arshenevsky both carried construction goods for the Baimskaya copper mining project. In the convoy was also conventional icebreaker Kapitan Dranitsyn. Shortly later, the Arktika escorted also the Polar King to Pevek.

The shipments were almost two months behind schedule. The carriers were originally to arrive in the far eastern town already in November, but the early freeze in the region and the lack of available icebreakers prevented them from entering the area. 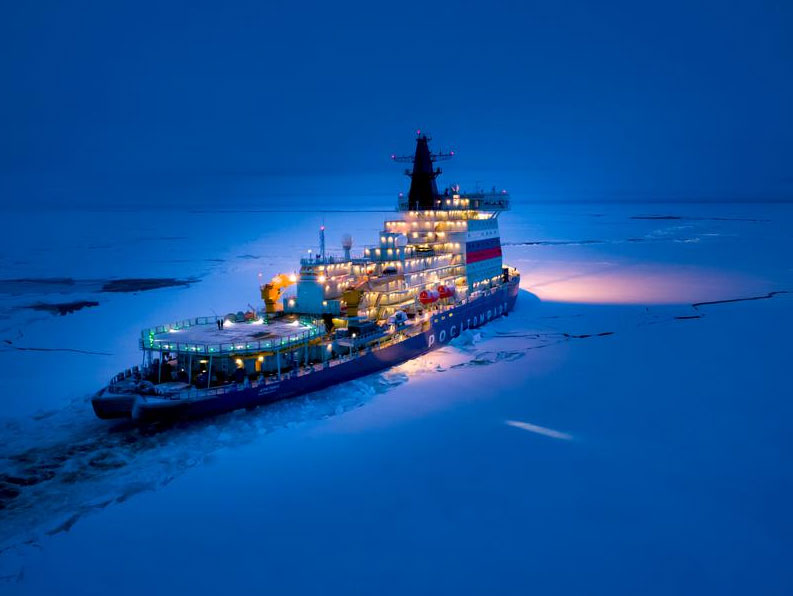 Russia's grand Arctic plan might get stuck in the ice

The troublesome shipping on the Northern Sea Route continues into the new year. Almost three weeks after the world's most powerful icebreaker arrived in the Chukchi Sea, none of the four vessels stuck in the area have broken out of the ice.

thebarentsobserver.com
You must log in or register to reply here.

Looking North- Ruxted On The Arctic